This blog page is written by: Michelle Eidenmuller

Europe just smells different. Maybe it’s due to their more fuel efficient cars, their better taste in fashion, patisseries, gelato, or flowers, or it could be the pure fresh alpine air that cleanses out your body.  This is what Ray wanted for his 40th birthday, to climb the Alps and inhale the freshest air on the planet. Oxygen keeps you young right?

With a little help from your friends…Mr. Beer So, we were off to summit Mt. Aiguille Du Midi on the French side and take some cable cars over the top of the Alps over to Italy. This cable car still holds the record as the highest vertical ascent cable car in the world! No one seemed too concerned about altitude sickness although we did find a posting that said once at the 12,600+ foot summit, you might feel “giddy.” Great. Just what THIS group needs! We packed into the first cable car with about a dozen real climbers equipped with ice picks, ropes, carabineers, parkas, and metal-toothed boots.   I looked down at my equipment- Cannon Digital SLR, Sony Camcorder, North Face gloves, one baguette, and a bottle of water, and felt equally ready for the day’s adventures.

Once at the top, we felt like we had sea legs and walked a bit crooked to the next leg of our trip to enjoy a magical trip in the air over the Glacier du Géant and the panoramic views of Mont-Blanc in little gondolas.  Talk about mesmerizing! It’s tough to find views of ice-falls and crevasses from this viewpoint. After our 20 minute ride over to Italy…

…we couldn’t help but jump a few fences and climb out onto the actual Alpine snow. Ray took this opportunity to immediately make a 40-year-old snow angel. Now, how many people can say they made a snow angel on the top of the Alps for their birthday? It was cold of course…

…but the day was so sunny that it actually made for very comfortable exploring weather. So, that’s what we did.  We took ample time to bother real hikers…

…hang off the edge Climb the mountains…and of course, take some fun group shots! No…that’s not us…but we wished it was us!

The air was definitely thinner, but it didn’t seem to bother anyone until we started to climb the steps back up to the gondola station. Two steps up and we were panting!

But some of us could still “strike a pose”.

Back over to France and one cable car descent later, we ate lunch and embarked on a 3-hour hike (well, so we thought- turned into a 6-hour hike…) down to a train station that would take us back into Chamonix. The views were just amazing, the air was so fresh, and the atmosphere was very quiet. 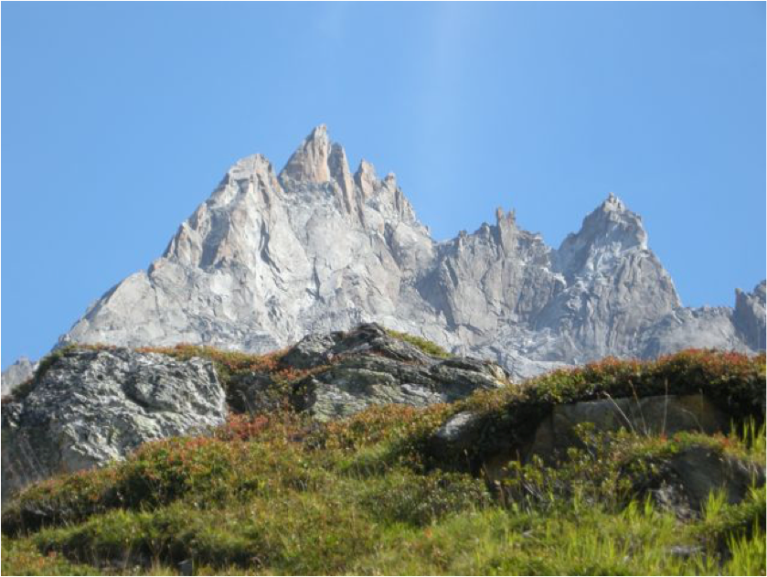 And a helpful sign that told us exactly how long it SHOULD take us to get to our destination.  When things don’t go right…it’s just a double whammy when it’s actually you’re own fault.

We were surprised on how difficult the trails were- we were always walking on an angle, climbing rocks, and bracing ourselves on steep switchbacks.

But still…we were so happy…in the beginning… Ray was the smart one who brought hiking poles (aka sissy sticks) which would have really come in handy when all of our knees and ankles felt like snapping off.  It also became quite the striptease as we walked. We all had so many layers on from being in the snow, that we were constantly shucking an article of clothing as we walked.

As we neared the “end” of the hike, we took some time to admire the Glacier Me de Glace (the glacier Bill, Ray and I went in later).

Who else thinks it’s funny to take a picture AFTER the smile…?

That’s Bill clenching his jaw…yelling…GET OFF! These were the last smiles any of us had for about three hours.

Then we started another descent down to the train station.  Just to give you a precursor of what was to come, I found this quote on a website about this hike – “you will be rewarded with a breathtaking panorama — –and punished by a knee-numbing steep downhill walk to Montenvers. Well, knee-numbing it was…as we were talking about how shaky our legs were and how bad our knees hurt, Tracy took a spill down some very huge boulders. Thanks to the GE emergency kit, we patched her up and she used the sissy sticks to help her walk the rest of the way (about another hour) to the train station.

Along this leg of the journey, we ran into another hiker who told us the last train into Chamonix was at 5:30pm. We looked at our watches- it was 5pm now, and the train station was still a spec way below and there was some very rough terrain ahead of us. We told them to tell the conductor that we had an injured person and to please wait.

Once in Montenvers, you can visit the Glacier, Mer de Glace; enjoy a meal at the restaurant; then return to Chamonix, either by foot or scenic train. When we finally reached the station, we couldn’t figure out how to actually get to the station and followed a sign that was actually for another trail (one we would become familiar with very soon).

At 5:32pm we watched the train wiz past us.   We watched many other dejected hikers approach the station to realize that they too had missed the train.

This is my “not happy right now” face…stupid train…

Now with no water left and very, very, tired legs, we began our descent into Chamonix. 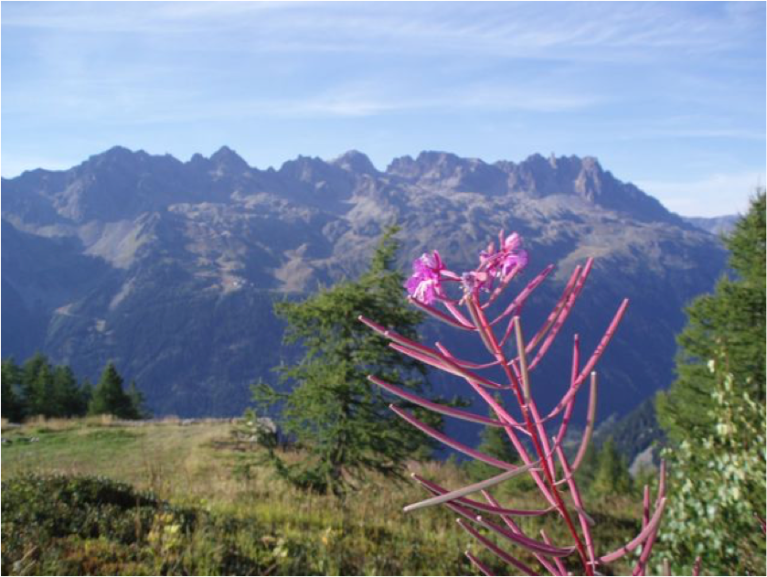 I have to laugh now, because we thought the first part of our hike was strenuous!  Oh boy- at one point, we had to climb down these little metal ladders over these boulders!  After a couple snack stops (and by snacks, I mean Advil), we began to play games to keep our minds off of our aching bones.  However, nothing could distract us from the gorgeous landscape. We walked through what I call the “Twilight” forest (for those who have seen the movie) 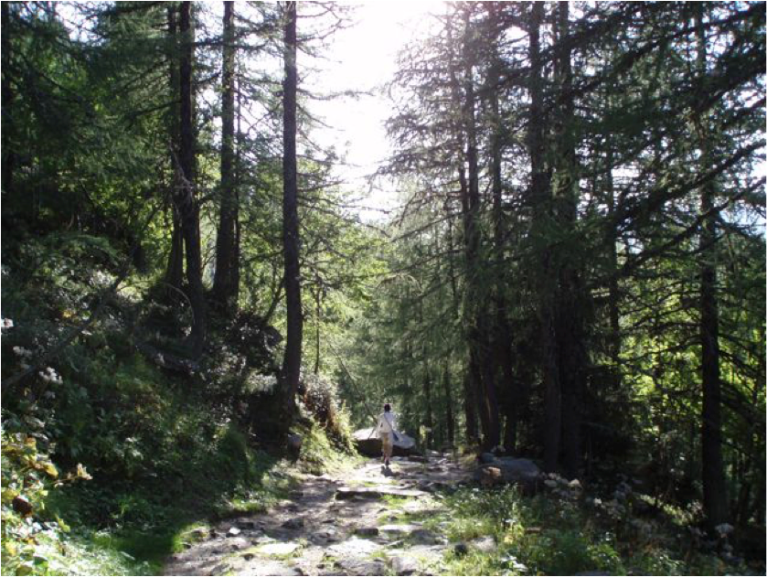 …and great views of the city.  Couldn’t help but think we were right out of a werewolf movie- 6 Americans lost in the French Alps at dusk, exhausted, with no water… we even walked past a “werewolf house.” At one point we were so tired, that when we came across a closed down luge track, we were trying to figure out how to use our backpacks to slide down them.

These are not our “happy faces” now are they…? Once in town we crawled to wonderful pub and enjoyed the most delicious food and beer ever made (was it really?

And our happy faces again…

I don’t know, but we were so hungry and thirsty, that I think they could have served us just about anything and we would have consumed it).   Ray, however, got to end the night on a very positive note- Crème Brule.  This is definitely a birthday he won’t forget, and neither will any of us! What a crazy day!

We are going to write Rick Steves to rename this train the Trail of Death and Le F@ck U Train.

An addendum by Tracy (me):  I went paragliding.  It rocked.  I almost threw up!  What else is there to say?

Back on the ground. What a ride! 🙂