The sun was shining as we left our hotel the next morning to go get coffee.  Today we drive to Monaco! Just behind the tree is the small street where our hotel sits.  My window actually overlooked these streets which I though were charming After picking up coffee…chocolate croissants…and of course baguettes for the day…we crossed the street and ate on this stone wall in the morning sun. 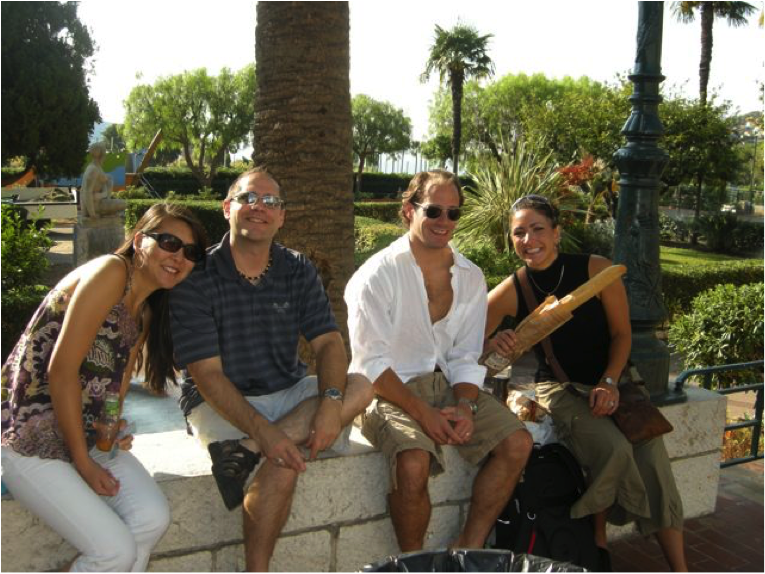 That is some strong espresso!  Happy juice! This bay is where all the yachts anchor themselves and drop off their famous owners and guests to enjoy the city and its many entertainment options.

Along the top of the ridge is where the royal family resides.

That’s a good sized house.  I wonder how many bedrooms and full baths there are…?  More then 4?

We walked up the street to see some of the most famous and beautiful buildings in the city…the big hotels and the big casinos. 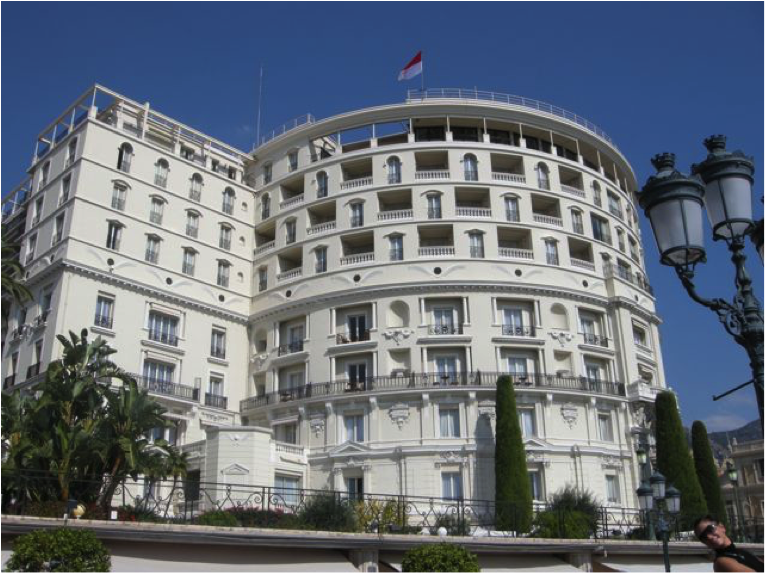 Who does the Aston Martin belong to? Me! Me! Me!

This is a side shot of the casino.

The casino (below) is spectacular and has been the location of several bond films…Never Say Never Again, Golden Eye and Casino Royal. 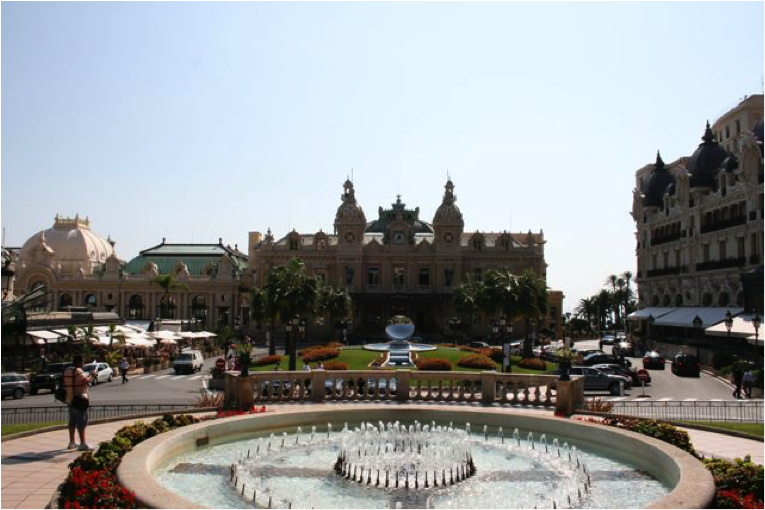 This was as close as they would let us to the front door. Notice the glass doors…they reflect the villas on the hills. We strolled around the square taking pictures and trying to remember some of the car chase scenes that occurred around the central fountain…at least I tried to remember them.  The guys knew them by heart.

This glass reflecting mirror made for some fun shots. This is a full reflection shot…

People and dog watching was as interesting as car watching…which we did from a street side cafe table that served us umbrella drinks. 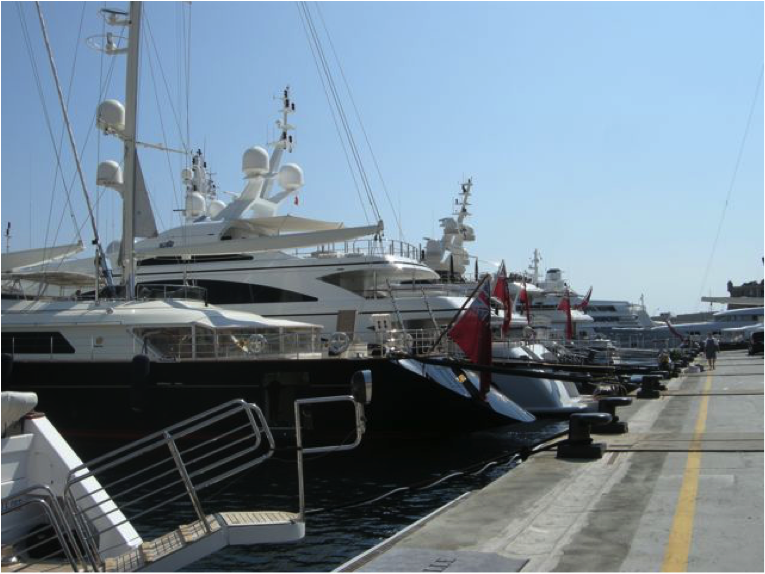 Back to our little village for an afternoon at the beach.

It was a topless beach and while most of the women there were blandly flaunting their assets…only the men in our group were brave enough to shed their tops.  Where’s the mystery..? 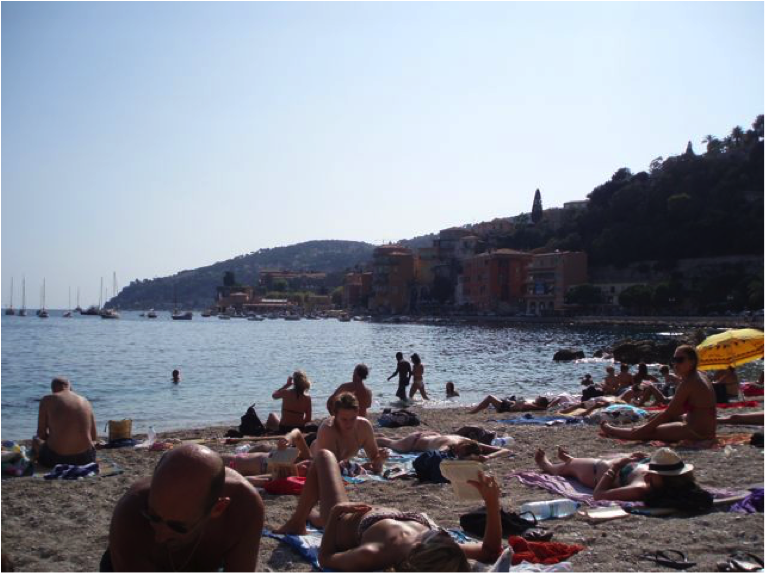 Natalie and me swimming…with suits!

The next day we traveled to the medieval village of Eze.  Originally a 12th century castle that was later later torn down in 1706, it is now a fortified village that is perched on a narrow rocky peak overlooking the Mediterranean sea.

We walked up the hill to the entrance making note of the cars parked in the lot. Sweet…

And then spent a very pleasant afternoon strolling through this charming, medieval village. 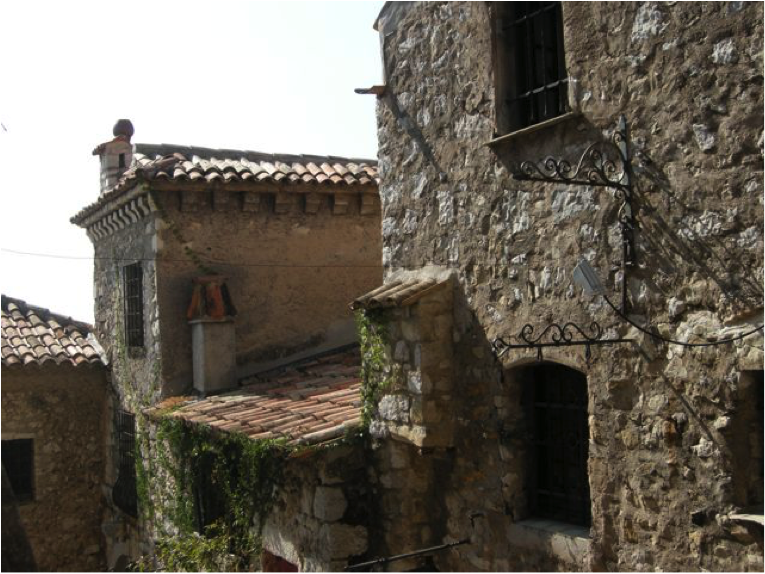 There were shops lining the route and we stopped in many of them to admire the beautiful local items for sale ranging from local artwork to lace to pottery items.  It’s times like these that I wish On the way down the hill, we caved and went into a couple of shops and spent some money.  It was impossible not to!  Really, it was…

Natalie was the first to stop in Parfumerie Fragonard where she discovered a lovely scent called Maman Cherie! She smelled good…so I ventured in and came back out  with my own bottle. Now I smell gooooood!

Then it was back for a relaxing afternoon on the beach before dinner — our last night all together!  I would be leaving the group in the morning for a train to Paris while they drove back up to Geneva for their flight home the next day.

That night, we laughed a lot and talked about our week together.  It’s rare to find people with whom you can be yourself while on vacation — especially in foreign countries where so much is different and you can find yourself outside of your comfort zone on so many levels.  We made fun of each other — relentlessly — and found the ridiculous in just about everything.  I think that I will miss them when they go.