Meet the babies…6 months old, frisky and tons of fun!

Temi and Tswana live in their own enclosure away from the bigger cats. They won’t be introduced to the older lions for another 2 months when they’re bigger.  Tswana is the more confident and friendly of the two and really enjoys being around people, whereas Temi does not, unless she’s playing with her sister and we happen to be sitting next to them. They can both be naughty sometimes but most of all – just very, very playful!

The purpose of our walks is to get the cubs used to their environment – the bush – the other animals in the wild – the sounds and smells of the great outdoors. As they mature here at the park – they will learn to hunt. They practice their stalking skills on anything or anyone that moves – a giraffe, an elephant – us – whatever is available including the farm cats 🙂 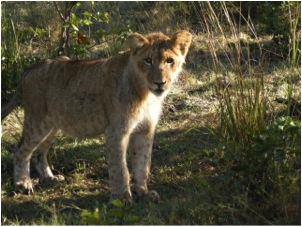 Our walks consist of walking, running, climbing and napping. It gets pretty hot out here so there are several shaded areas that are on the various walking routes. Once we’re all settled into the shade…we can play together. 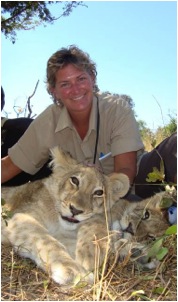 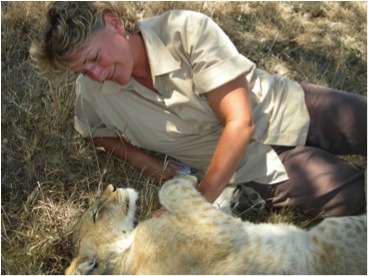 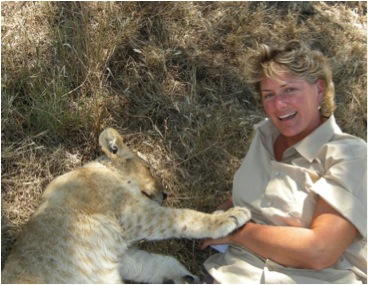 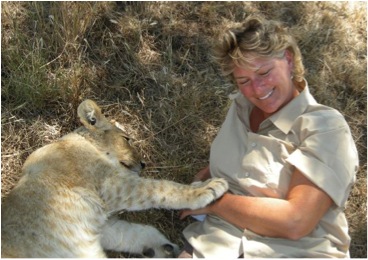 The cubs can be rough with each other but they may not bring out their claws with us and that’s something that we have to keep a close eye on. While these guys are much smaller than we are…their claws and teeth are not! Also, we’re actually disciplining them now so that others will be able to walk and interact with them as they grow – up to 18 months. 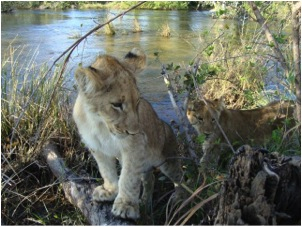 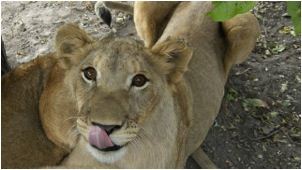 Believe me when I say you want a well behaved 18 month old lion in the bush with you…not one that has not had enough discipline.

Just like their older and larger compatriots, they are programmed to search for the smallest animal (or person) in any particular group and zoom in on them. In their eyes, this is the most likely prey.

This morning, we had a group of clients come in for a walk and there were 4 young people with them. The youngest, Allessandro (they’re Italian) was 9 years old and about Chad’s size. The other girls were all older and bigger. Both cubs honed in on Allessandro for the entire visit. We had to keep our eyes on them at all times. The cubs were in a constant crouch position…wanting so badly to pounce on Allessandro. He loved it – his sisters liked it even more – and no one got hurt.

They’re funny, and affectionate and they don’t talk back…I love them!!!!!

And then it’s time to let loose and have some fun! Once a week we go into town and tonight was a doozy. I ended up asleep in the back of the truck waiting for everyone else to end the night. I am such a lightweight. But I had a LOT of fun getting there! 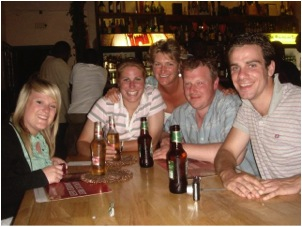 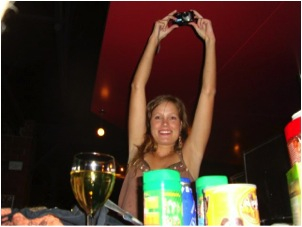 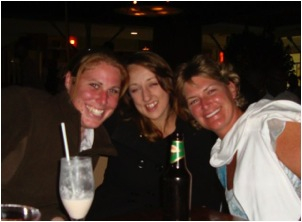